Disabilities should not limit a person’s dreams, their unique aspirations, or their desire to accomplish a goal. People with disabilities and special needs have diverse potential and each individual faces different challenges. Some individuals can achieve independence in a few weeks but for other individuals
achieving independence may take years.

All of the services provided by Goodwill are transitional, including those offering paid work experience in our entrepreneurial divisions.

Our commitment to transitioning workers at their peak performance through the application of an individualized plan is what makes Goodwill different from traditional schools and employers.

Here is where you will find the stories of the people Goodwill serves. They are the primary reason why Goodwill exists, and the essential factor that drives us daily to continue providing quality job training and opportunities, for those in need.

Thank you! Your donations and purchases are truly changing lives. 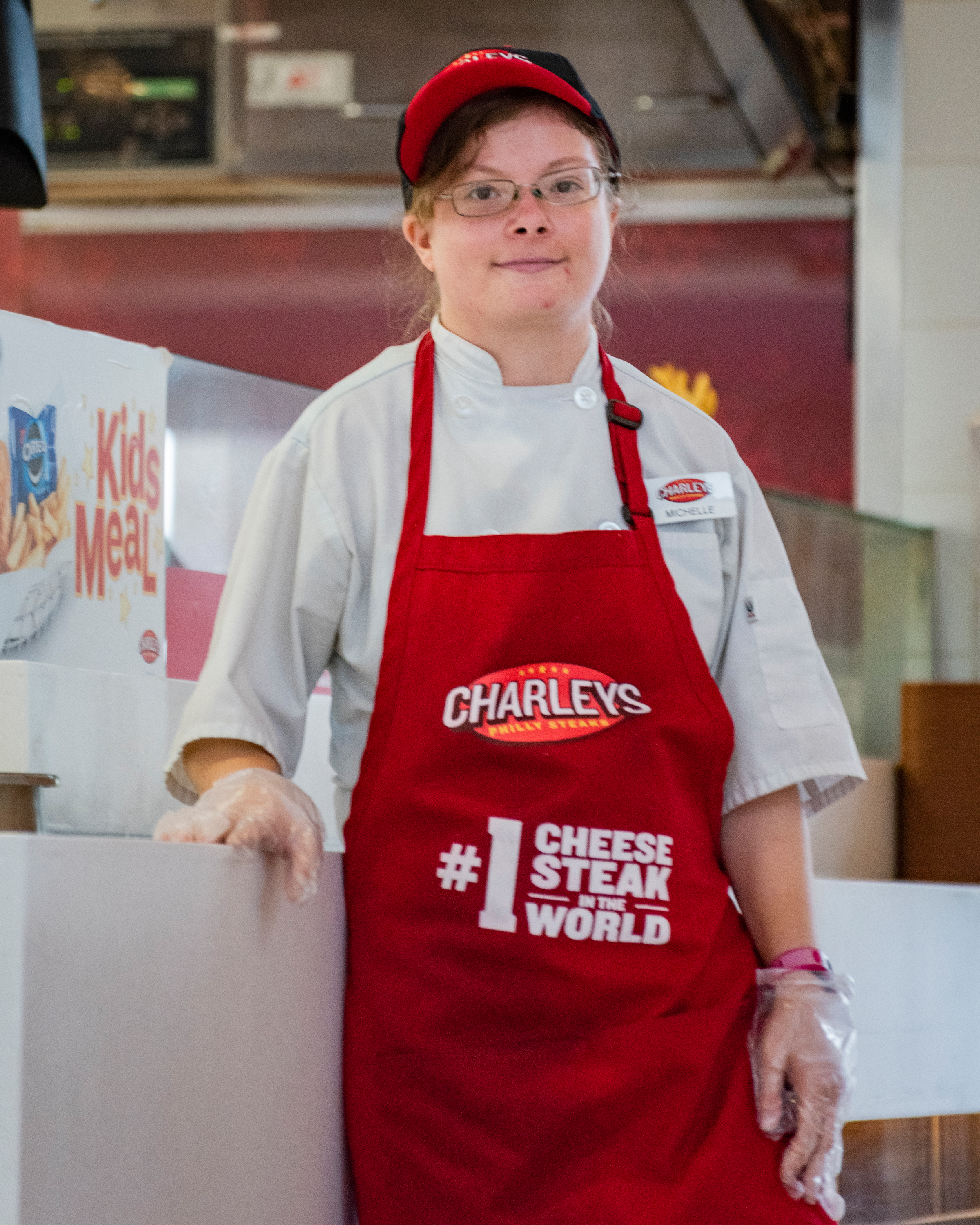 Michelle Lund is 28 years old. Michelle has a high school diploma. With no work history she enrolled in Goodwill’s placement program.

At a very young age Ms. Lund was a victim of severe physical, mental and  emotional abuse. Subsequently, at the age of 15, she was involved in a serious car accident suffering severe head trauma. Consequently Ms. Lund suffers from mood swings and severe migraines that often result in random violent outbursts.

While these challenges have been difficult for Ms. Lund, she found satisfying volunteer work at a cat rescue center and at a thrift store affiliated with her church. With some guidance from her Goodwill Employment Specialist and her weekly attendance in Goodwill’s pre-employment classes, she was able to overcome her fears of the interviewing process.

As she gained confidence, she was motivated to seek out employment opportunities and filled out applications almost daily. When called for an interview Ms. Lund would attend interviews on time regardless of her debilitating conditions.

While out shopping at a mall, she introduced herself to the manager at a restaurant located in the food court and asked about any entry level positions. The manager described the sampler position where she would be responsible for approaching customers randomly in the food court and suggesting their signature sandwich. Successfully passing the initial interview she is now thriving in the position having no fear of interacting with customers while offering them a smile and genuine hospitality.

During the peak of holiday shopping week Ms. Lund earned recognition from her manager and was named employee of the month. Ms. Lund has worked hard to overcome her fears. She enjoys her job and continues to receive support from her Goodwill Job Coach to ensure continued success on the job. We congratulate Ms. Lund on being selected as Goodwill South Florida’s Achiever of the Year. 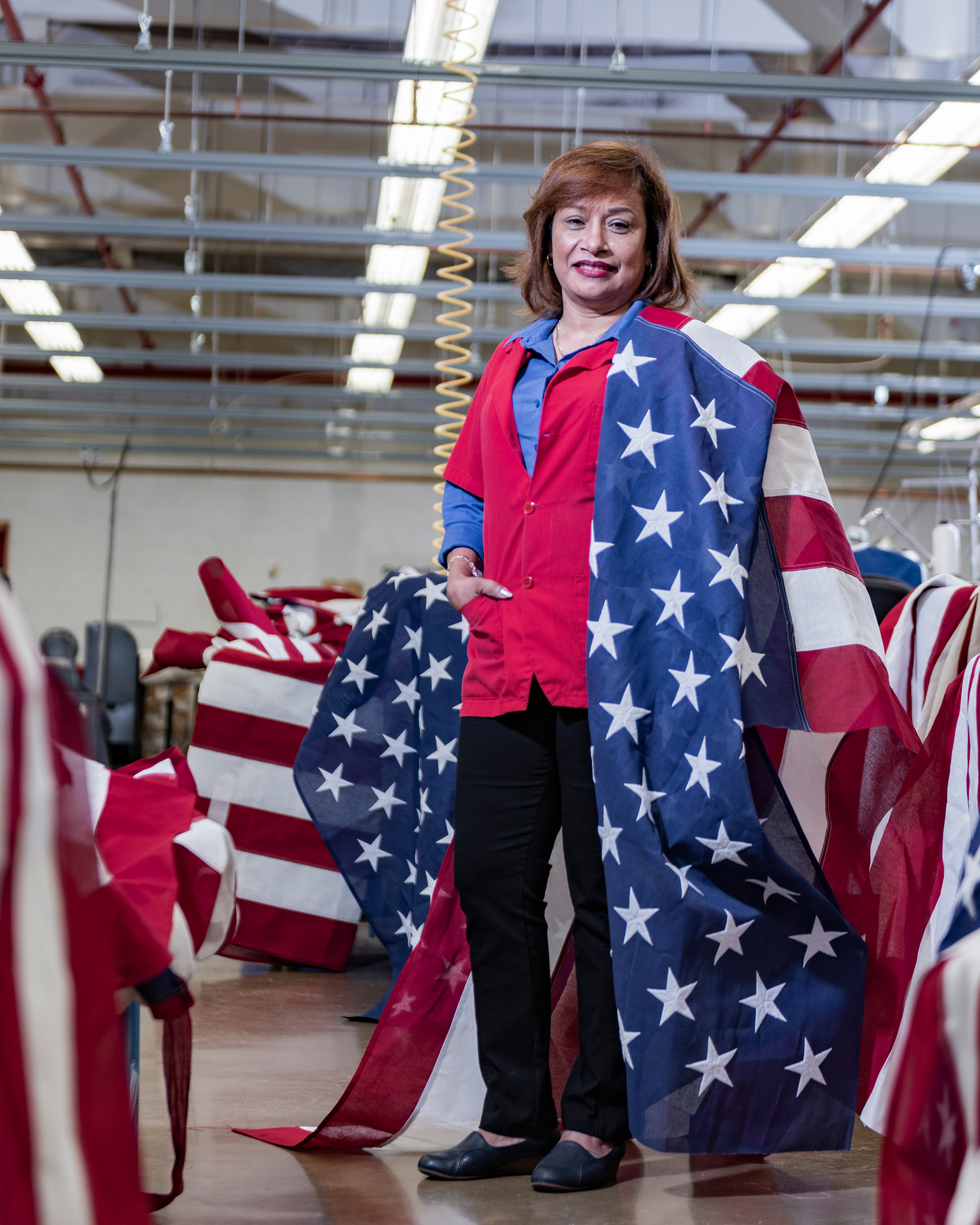 Milena Castillo, 53, is a mother of two adult sons from Nicaragua. She lives at home with her younger son.

In December 1992, Ms. Castillo was forced to leave her native country due to political persecution. After applying for political asylum, she obtained her  authorization for employment, but her husband had never allowed her to work.

Her husband subjected her to years of physical and psychological abuse, but Ms. Castillo remained strong.

In January of 1997 in an action that took great courage, Ms. Castillo decided to change her situation and she started looking for a job. Unfortunately Ms. Castillo had difficulty finding employment. She had no work history in the United States, no English skills, no family, two small children, no driving skills or transportation, and she was emotionally unstable and depressed.

Ms. Castillo learned about Goodwill’s programs and came in for an interview. She was subsequently evaluated and diagnosed with Post Traumatic Disorder due to a history of abuse during childhood and adulthood, Generalized Anxiety stress, depression, insomnia and pain. Based on her diagnosis Ms. Castillo’s counselor recommended that she become enrolled in the Industrial Sewing Program.

After learning how to operate the sewing machine Ms. Castillo was placed in the Manufacturing Department sewing American Flags. Her desire to become independent was her main source of motivation, and soon she started to produce a high number of flags. She also learned to drive.

With the support from counselors and supervisors, Ms. Castillo started to gain emotional and economic independence and decided to end to her marriage. Ms. Castillo learned different operations in the Flag Department and soon became a valuable operator and enrolled in English classes.

In 2008, she was offered the position as a Trainer, working one on one with people with significant disabilities who were hired in the Manufacturing Department. She successfully trained hundreds of participants for three years until she was offered a position as Quality Control Supervisor that she has been performing with great efficiency and quality ever since. Ms. Castillo continues to be a dedicated and responsible employee. She is an example of how the power of work can change lives. We are proud of her accomplishments and celebrate her journey of 22 years at Goodwill.

Congratulations Milena on being selected as Goodwill South Florida’s Achiever of the Year. 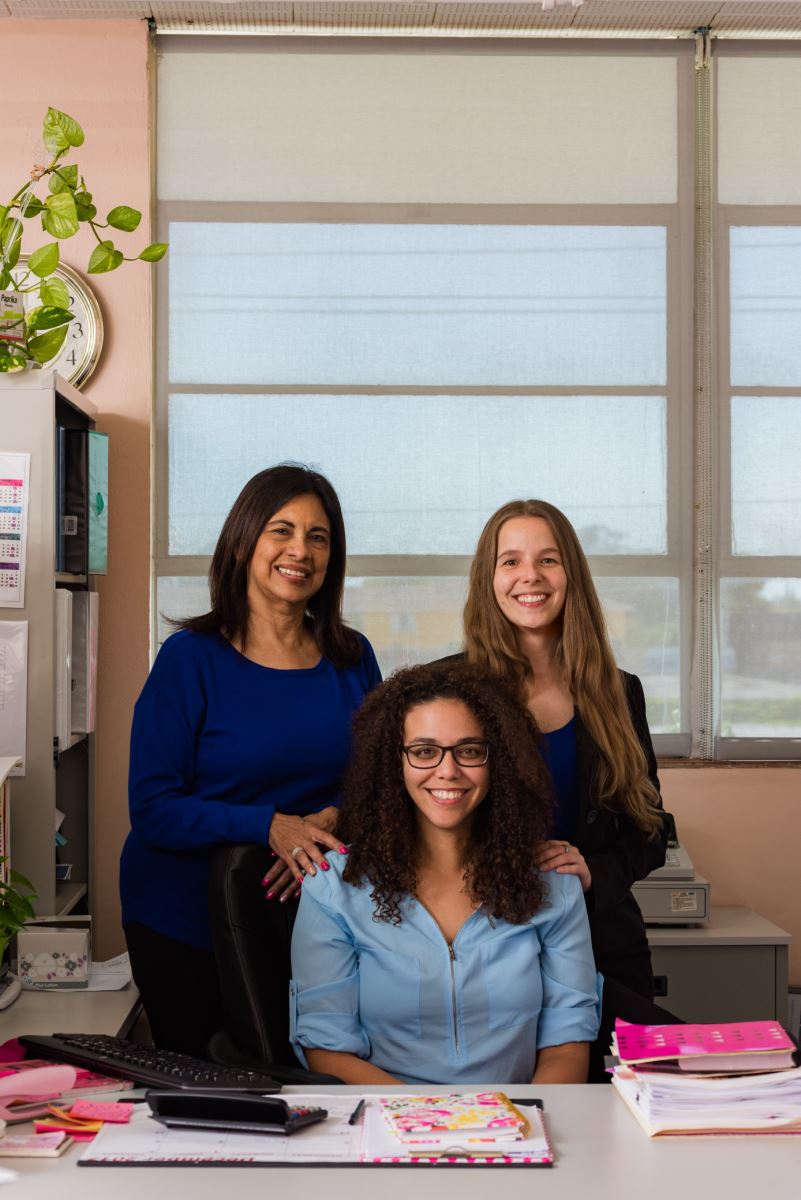 Melody Esquilin, 26, lives with her parents in Lauderdale Lakes, Florida. As a child, Ms. Esquilin was diagnosed with learning disabilities as well as Attention Deficit Hyperactivity Disorder. Admittedly while these have been challenges in her life, they have not
impeded her success. She maintained employment as a cashier at Ross Dress for Less for ten years. But Melody wanted more. She dreamed of being in the media industry.

With determination, hard work, guidance and support from her family, she pursued vocational training in media and production. A year later, Ms. Esquilin graduated with a 3.25 GPA and was awarded a television production certificate but she had difficulty landing a job in her chosen field regardless of this achievement. As she had difficulty with the application process, interviewing and finding employment, Ms. Esquilin was referred to Goodwill Industries for job placement assistance.

Meanwhile, Ms. Esquilin and her brother created a YouTube video highlighting her video production skills and abilities and on/off camera techniques. This also helped Ms. Esquilin gain more confidence in her own abilities. The YouTube video was later incorporated as a link on her resume by the Job Placement Specialist so that a prospective employer could view Ms. Esquilin’s abilities before  interviewing her. After a year of active job development and networking with different TV channels, Ms. Esquilin secured employment with Channel 7 News in Miami as a film and video editor - her dream job.

A very talented young lady, Ms. Esquilin gained confidence with interviewing and meeting employers over time and acquired the video editor job. Ms. Esquilin was very grateful and stated, “Thank you so much for believing in me and coaching me to be a better person.” She continues to receive ongoing support from a Goodwill job coach to ensure her success on the job. 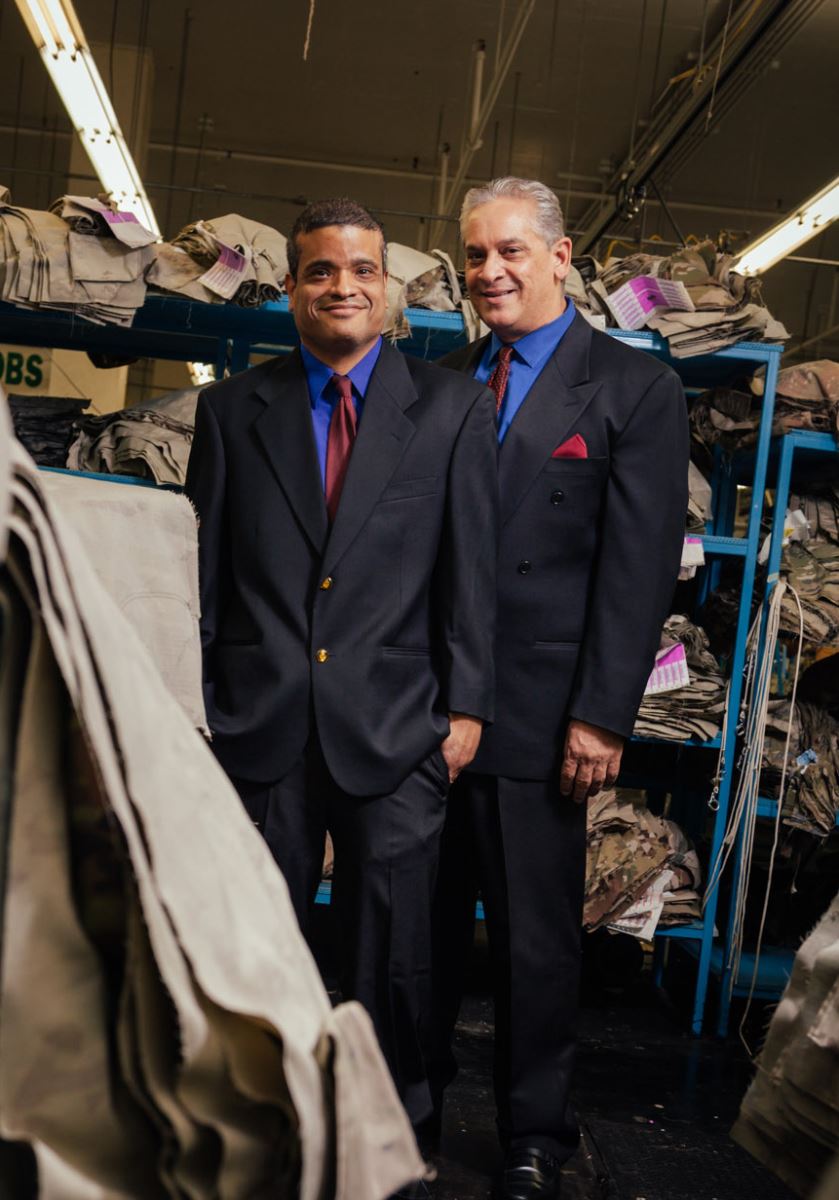 Rolando Ramirez, 40, was born in Nicaragua and lives with his father, stepmother and stepsister. Mr. Ramirez completed the 9th grade at Coral Park Senior High School and discontinued his education due to medical problems. He had diagnoses of kidney disorder, spinal problems and Mood Disorder with depressive features.

Mr. Ramirez was referred to Goodwill in March 1999. At the time he had no work experience and enrolled in the custodial vocational training program. After two months he completed the training and was hired as a custodian at the main plant.

Mr. Ramirez had a variety of health conditions that affected his attendance and production ability. These conditions affected his mood and job performance. Nevertheless, Mr. Ramirez persevered and through his strong desire to succeed he mastered the tools of his trade and excelled at his job as a custodian. He was assigned to work in an array of service contracts such as: West Flagler Building, Claude Pepper Federal Building, and Miami-Dade Bus Depot. Mr. Ramirez was then promoted to Lead Worker at the Central Bus Depot. On April 13, 2013 the bus depot contract ceased, and Mr. Ramirez was transferred to the main plant as a floor specialist.

Over the years, Mr. Ramirez has overcome many barriers to employment. His Goodwill counselor provided counseling, guidance and support services to help him improve and maintain emotional stability and improve his social skills and interpersonal relations with co-workers and supervisors.

Counselors also worked closely with Mr. Ramirez’s supervisor and offered job accommodations to facilitate achievement of his goals. On several occasions, Mr. Ramirez was provided advocacy for medical leave and to find accommodations that better fit his medical needs.

Over his 15 years at Goodwill, Mr. Ramirez has invested his time in developing his skills. His manager recognized his growth and dedication to his work and thus Mr. Ramirez was promoted to Custodian Supervisor at the main plant. He is a fine example of how hard work leads to success.

We are extremely proud of Rolando’s perseverance, tenacity and courage to overcome so many obstacles and his overall success. We congratulate Rolando on being selected as Goodwill Industries’ Achiever of the Year 2017.