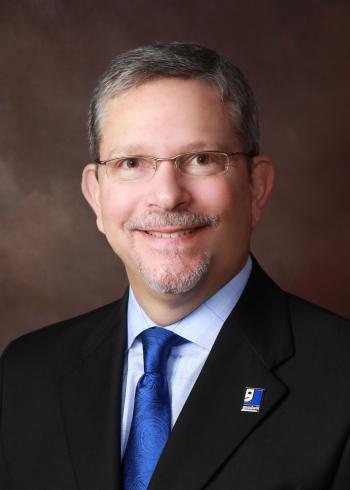 As President and CEO of Goodwill Industries of South Florida, David Landsberg oversees a $140 million organization with 3100 employees that are dedicated to helping people with disabilities and other barriers to work to gain greater independence through employment.

Having served on the Board of Directors for 18 years prior to being named CEO in March 2014, Mr. Landsberg is committed to growing Goodwill’s capacity to provide rehabilitation, on-the-job training, work experience, and job placement services for our region’s 457,000 working-aged people with a disability.

Mr. Landsberg, a proven business leader and a 30-year veteran of the newspaper industry, was previously President and Publisher of the Miami Herald Media Company (MHMC), a position he held for eight years. He started his career with MHMC as a staff accountant and spent 10 years in a variety of financial management positions. He became Chief Financial Officer in 1996, and also founded and ran the company’s internet operations. He served as Vice President of advertising for six years and was later promoted to General Manager of MHMC prior to assuming the role of publisher in October 2006.

Landsberg is a member of the United Way of Miami-Dade County Agency Executives, he is on the Community Advisory Board for the University of Miami Clinical and Translational Science Institute, and a member of the Greater Miami Chamber of Commerce. Previously Mr. Landsburg served on the executive committee of the United Way of Miami-Dade, he served as a board member of Goodwill Industries of South Florida; and he was a member of the advisory board of the University of Florida School of Business MBA program. He was also a member of the Orange Bowl Committee, the Chair of the Men Go Red for Women Committee of the American Heart Association, and he served on the Greater Miami Chamber of Commerce Board of Governors.